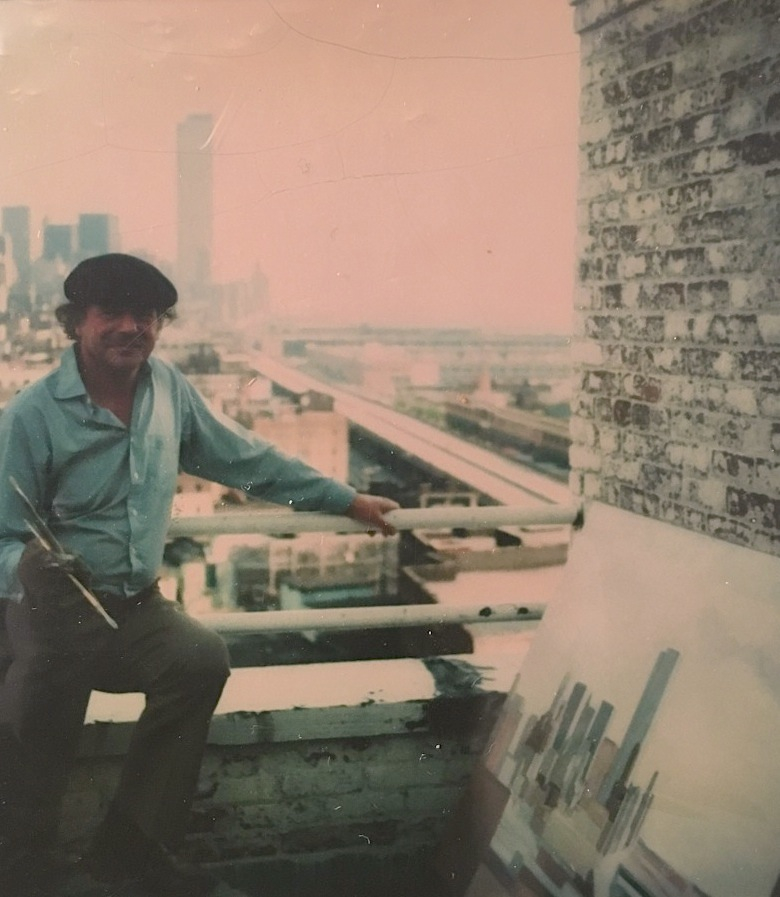 Peter Ruta is an American master of landscape, cityscape and still life, “a lyrical luminist,” art historian Philip Gould dubbed him at a recent New York show of his work.

Born 1918 in Germany, raised in Italy from 1923, Ruta reached New York in 1936 as a penniless refugee from Fascism. At the Art Students League from 1937 he studied drawing, sculpture, fresco and had just won a scholarship when drafted into the army in 1942. Offered the position of division artist with the Indiana National Guard, he said he’d rather fight. This was his war: his family back in Italy and Germany were under threat.

So they made him the colonel’s assistant and sent him to Philippines where in the battle to liberate Bataan in February 1945 he took four bullets in the abdomen at close range. A skilled surgeon, a new drug called penicillin and sheer luck, saved him from death in the jungle and freed him, from then on, to live his life as a painter with independent views.

For the next seventy years, with selfless absorption and complete indifference to reigning trends, he roamed the world, painting landscapes in Italy, Mexico, New Mexico, New England, France and Spain. He painted New York City from the 9lst floor of the North Tower, World Trade Center, as a guest of the Lower Manhattan Cultural Council in 2000 and 2001. In his nineties, settling into a downtown Manhattan studio, he painted a great series of still life, indoor landscapes people called them. He laid down his brushes just weeks before his death in November 2016. He was 98.

Throughout his career there were shows at prestigious galleries in New York, Rome and Santa Fe, residencies (Acitrezza, Sicily 1958, Rochefort en Terre, France 1994, and others) a Fulbright grant and several Pollock-Krasner awards. And finally in recent years, the world recognized the peripatetic painter with series of important museum shows. New York cityscapes at the Museum of the City of New York 2004, a 90th birthday celebration of his work (and his family’s resistance to Fascism) at the Stadtgeschichtliches Museum Leipzig in 2008, a fifty year survey of his Italian work at the Topfermuseum, Thurnau Germany 2010 and again at the Museo de Villa Rufolo, Ravello, in 2012.